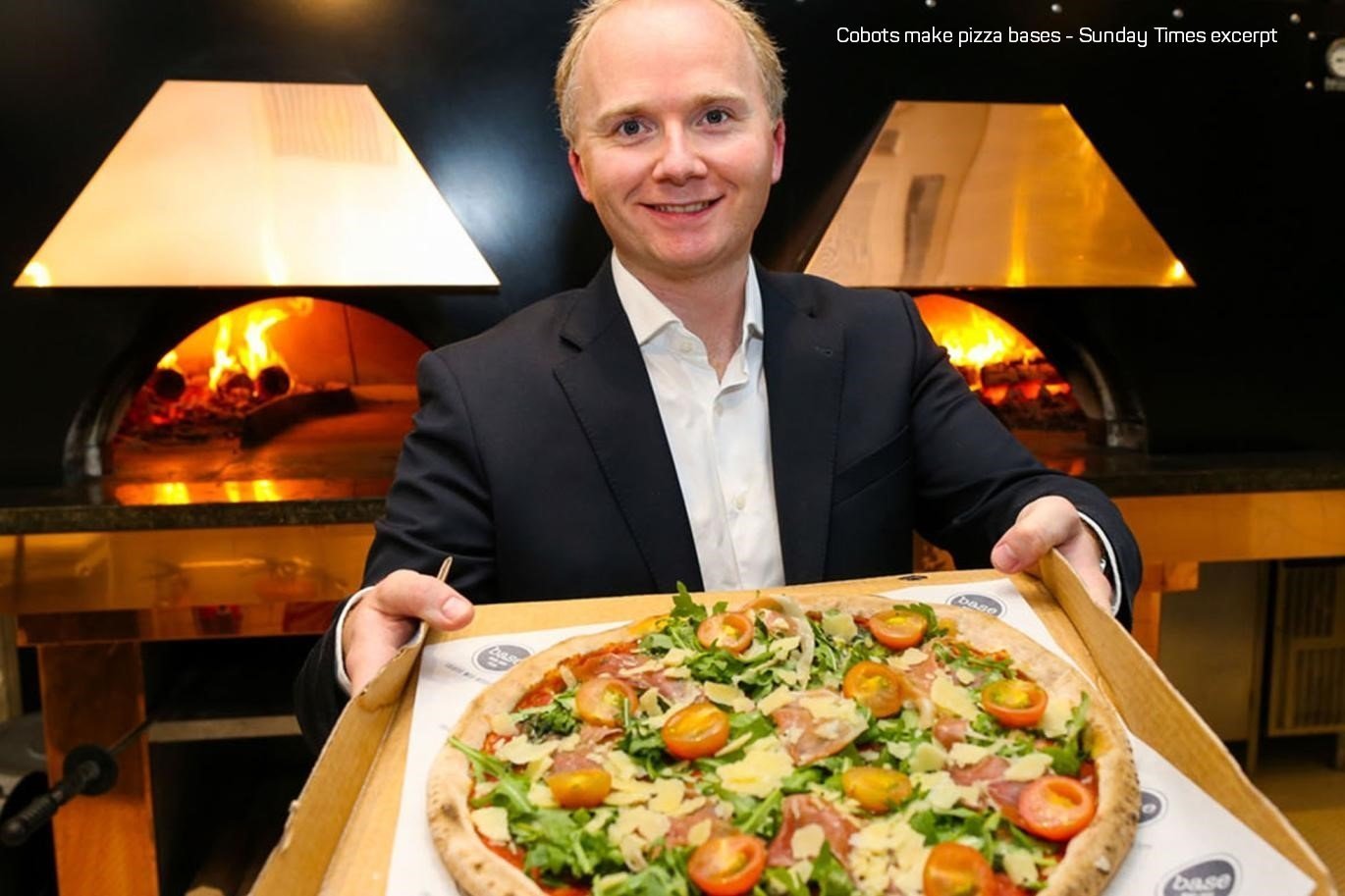 Thank you to Sandra and the Sunday Times for including Cobots.ie this Small Business Edition Article.

At Irish Micro Mouldings, an injection moulding company in Galway, having robots on the production line makes life easier for everyone.
The company specialises in low-volume, high-value runs, mainly for the medical device industry. It employs 31 people and is recruiting three more. It also employs three robots.
“We use them to take out the most tedious labour and so that we can run ‘lights out’ at night, with no one in the building,” says chief executive Pat Whyte. “I did night shifts myself, so I know what it’s like and I try to avoid having people do it. But the main reason we use them is consistency.”

He is not alone in seeing the benefits. According to The Future of Jobs 2018, a report from the World Economic Forum, more than half of all current workplace tasks will be performed by machines in 2025, compared with 29% today. It predicts that this will lead not to fewer jobs but to a net 58m new ones.  Much of this growth will be driven not by the use of the giant industrial robots associated with large-scale manufacturers but by small and medium-sized enterprises (SMEs).
The next generation of robots is cheaper, easier to use and more easily redeployed. Known as collaborative robots, or cobots, they are also safe in the workplace.

“Cobots are about having automation that is flexible,” says Dan Buckley of Cobots.ie in Cork, which has a cobot training centre in Midleton. Unlike industrial robots, which are designed to do one task for long runs, cobots can be trained to do several tasks in batches, making them cost-efficient.

“People think they have to be specialists in programming robots. Not so,” adds Buckley. “The new style of cobots are easy to use and program — that’s the game-changer.”  They are also a fraction of the cost of industrial robots, with prices starting at €20,000.

Cobots offer a chance to boost productivity at some of the country’s 4,000 manufacturing enterprises, which employ a total of 159,000 people. Despite a widespread perception that Irish manufacturing has been wholly outsourced to the Far East, it is still the country’s second-largest employer.

More than 60% of this manufacturing is accounted for by indigenous businesses, according to Irish Manufacturing Research (IMR), a government-backed research and development facility that aims to encourage manufacturers to adopt the latest technologies.

“A lot of companies say it is too risky to invest in robotics. They can come to us and we can do a prototype and pilot line so they can see if it is actually feasible,” says Sabine Giron, a research engineer with IMR’s robotics and automation team, based in Mullingar.  She believes cobots are a significant development for SMEs. “Collaborative robots are way easier to implement and to program; are cheaper than the big industrial robots; and are easily redeployed,” Giron says.

IMR is part of a European network called Digital Innovation Hubs, which specialises in robotics. The group has been given funding by the EU’s Horizon 2020 programme that is aimed at encouraging manufacturing SMEs to take up robotics-related technology.  It is offering to match robotics technology providers with SMEs, providing up to €248,000 in equity-free funding to help develop projects.

Crilly makes use of cobots for his pizza chain.  By collaborating with tech providers to integrate robotics solutions into SMEs, the hope is that smaller Irish manufacturers will be able to compete with large European rivals. Many of these use the kinds of agile, digital and highly automated smart production processes that are referred to as industry 4.0 or “smart factories” enabled by the industrial internet of things (IIOT).

“In a tight labour market, where you’re getting close enough to full employment, it can be hard to get people to do the kind of repetitive tasks that robots do,” says Gerry Horan of Horan Automation & Consulting, in Tipperary, which designs one-off robotics solutions.  Many of his clients are food companies. “Typically they will have been busy supplying to local stores and get an order from someone like Aldi, and then all of a sudden need five times the production,” says Horan.

It is not just for manufacturing or food processors, however.

Depending on the job required, cobots use a variety of what are called “end effectors” — hands. The tasks can be anything from picking and packing to polishing and painting. So-called soft robotics can handle fruit without bruising it, says Peter Creighton, managing director of Reliance in Cork.

Reliance is a century-old automation specialist that has recently expanded one of its production facilities, in Limerick, in response to growing demand for cobots.
“Cobots are not suited to heavy industrial applications. They are very suited to taking over mundane, repetitive processes, allowing for redeployment of staff to more interesting and rewarding roles,” says Creighton.  In a bakery, for example, among the least-liked jobs is loading pallets into a machine all day, and then taking them out. “A cobot will do that all day long,” he said.

Cobots can just as easily be put to work in pharmacies, graphic design studios or lab testing facilities. Unlike industrial robots, which must be caged off, cobots are designed to work safely alongside humans and will turn themselves off if they touch anything that does not relate to the prescribed task.

They can even make pizza. Shane Crilly has a robot that divides and rolls out dough balls for his chain of seven Base Wood Fired Pizzas.

“It’s very labour-intensive work. It is laborious and exhausting — and I know because I did it for years. Nobody likes rolling the dough — you can get repetitive strain [injury] in your wrist from doing it. When I found the machine, I thought it was too good to be true,” says Crilly. It also frees up his 110 staff to do more of the jobs they like.

“Trust me, no one is saying I’d love to do that again. And you get great consistency from the machine, so you get better pizza too.”